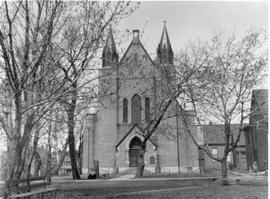 The photograph shows the exterior of St. Peter's Cathedral from the front. The photographs appear to be taken in the spring, as there are no leaves on the trees but also no snow on the ground. 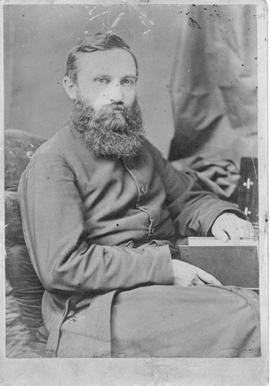 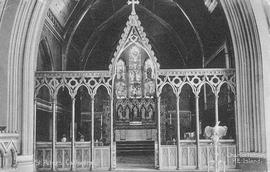 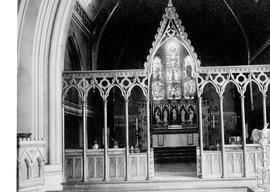 The photographs show the exterior of St. Peter's Cathedral and All Saints' Chapel. There is snow on the ground and the trees are bare. Photograph 0075 B is a copy of Photograph 0075 A. 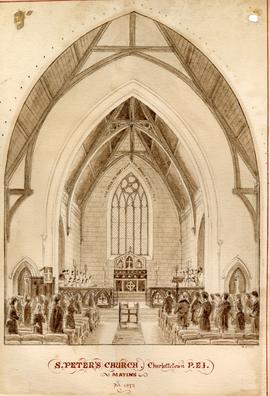