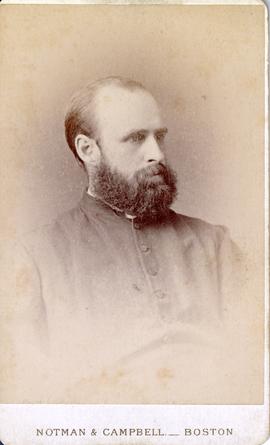 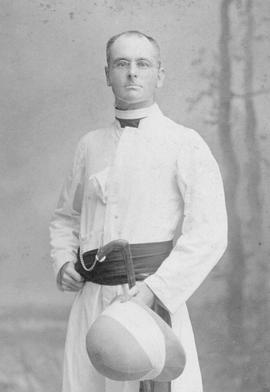 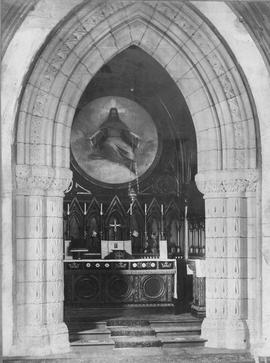 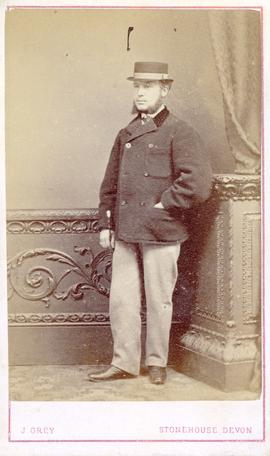 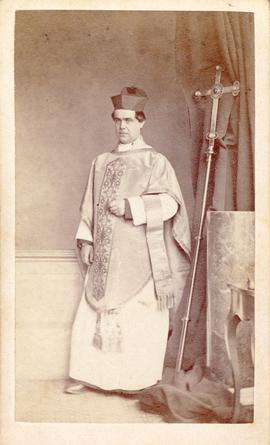 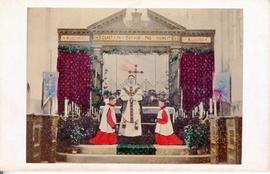 The photograph shows the altar of a church with a priest standing and two acolytes kneeling before him. The handwritten note on the back of the photograph reads "S. Laurence, Norwich." The image appears to be hand coloured with vibrant red for the robes, pink and purple for the altar screen cloths, and blue and gold for the banners on each side of the altar. 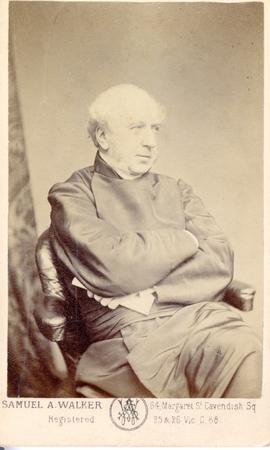 The portrait shows a man sitting in a three-quarter-length pose, with his arms crossed, holding a piece of paper. The front of the image shows the name and address of the British photographer Samuel A. Walker, at 64 Margaret St. Cavendish Square. The front also shows "Registered 25 & 26 Vic. C. 68" in reference to the "Creating Fine Arts Copyright Act of 1862."

Handwritten on the back of the image is the name "Richard". No further identifying information is available. 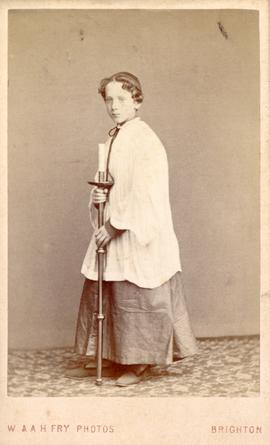 The photograph is a full-length portrait of an unidentified young acolyte. At the bottom right is the name of the studio "W and A.H. Fry, Photos" and on the left their location "Brighton". No further identifying information is available. 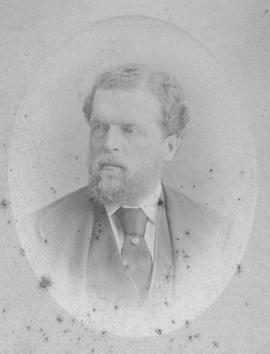 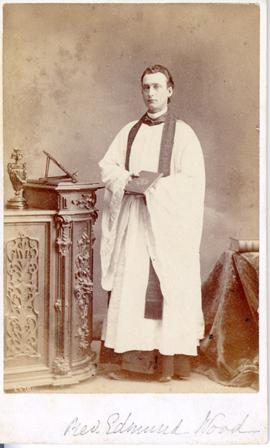