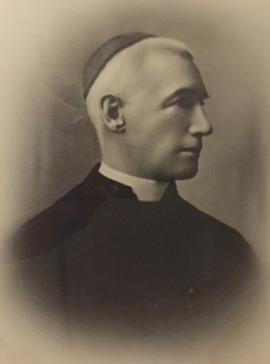 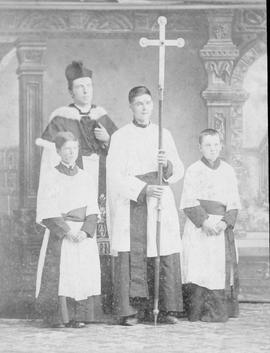 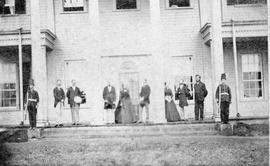 The photograph shows a group of people standing in front of a building. The names of the people in the photograph are written on the back, as follows: Prince Arthur, Mrs. MacDonell, Sir Robert Hodgson, R. R. Hodgson, Lieutenant Prickard, Mrs. J. Hensley, Colonel Elphinstone, and Honourable J. Longworth. 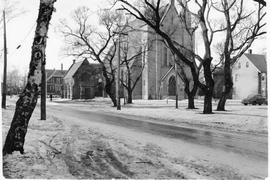 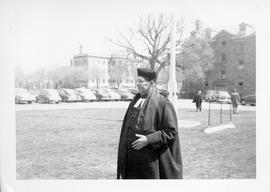 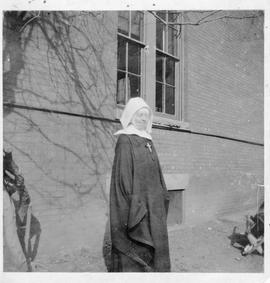 A photograph of Sister Alice. On the back it reads "Sister Alice to Canon Simpson (sent by Bonnie)." 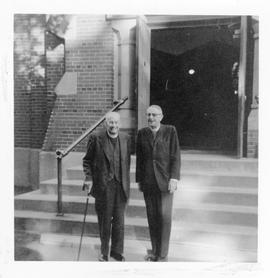