The photograph is a studio portrait of the Reverend Canon Gerald E. Moffatt, sitting and dressed in black. Under the bottom-right corner of the photo is written the name "James."

The photograph shows the damage done to All Souls' Chapel door following a break-and-entry on the building. 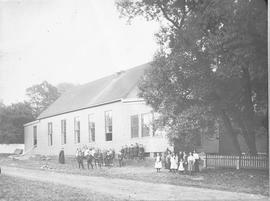 The photograph shows an exterior side view of the original schoolhouse for St. Peter's Boys' School, which was later used as the Cathedral Hall. 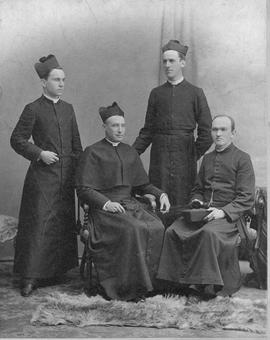 The photograph shows a confirmation class ceremony, posing in St. Peter's Cathedral for a group photograph. The youths are standing around the bishop, who is seated.