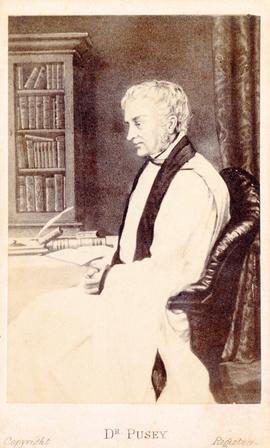 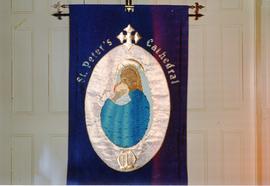 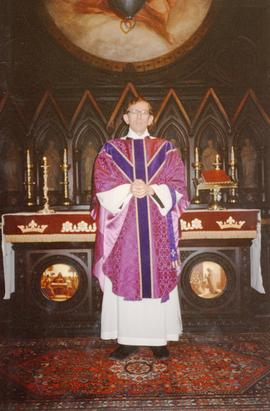 The file consists of 44 prints of clergymen, women, other men associated with St. Peter's Cathedral Church, and interior and exterior images of churches in England. Many of these images appear to be "cartes-de-visite," a type of small photograph, often the same size as a visiting card, which was traded among friends and visitors, particularly in the 1860s. People would collect cards and put them into containers or albums and put them on display.