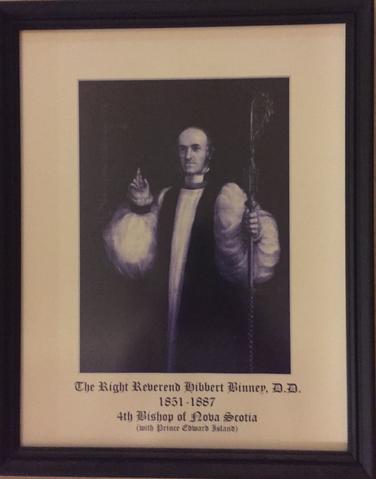 The painting shows a portrait of the Right Reverend Hibbert Binney. The original painting was done by Robert Harris, RCA and it hangs in the Chapter room of the church.

This photograph is oversized/framed. The original copy is held in the church office.