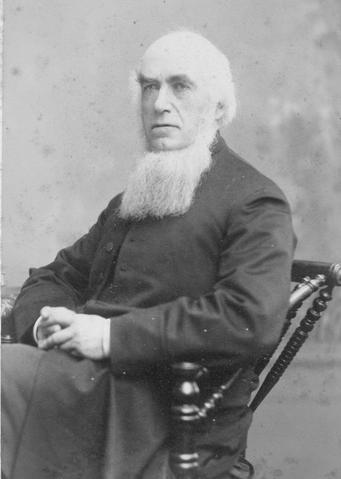 The photograph forms part of the collection brought together by St. Peter's Cathedral Archives volunteers

The photograph shows the fourth bishop of Nova Scotia and Prince Edward Island, Hibbert Binney, seated in a studio portrait.