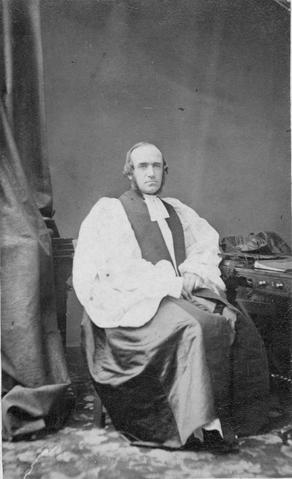 The photograph forms part of the collection brought together by St. Peter's Cathedral Archives volunteers

The photograph is a studio portrait of the fourth bishop of Nova Scotia, Hibbert Binney, who is shown seated and dressed in Holy orders. The studio logo is on the back.

The date range encompasses the years in which Hibbert Binney served as Bishop of Nova Scotia, on the assumption that the photograph would have been taken sometime during his tenure.